The Sacrifice is out!

We have also released the final issue of the comic for you to read while downloading the DLC. 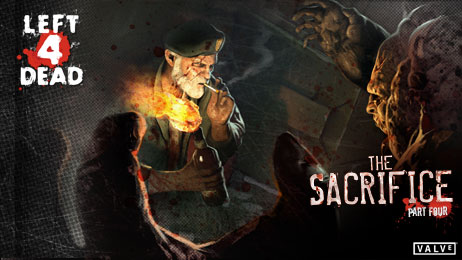 On Steam Left 4 Dead and Left 4 Dead 2 have had their prices slashed so low, we needed to ask our favorite Georgia gun store owner to explain the pricing to you. Click here to read his explanation of the current sale prices.